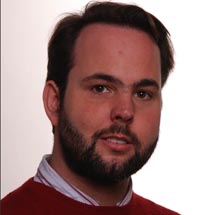 While competing his PhD thesis on game technologies and concept in the military entertainment complex, Stefan also work in the digital games industry, most notably at Nintendo of Europe (2007-2009). Since completing a DAAD-funded visiting scholarship at MIT, he has been a fellow of the Convergence Culture Consortium. Stefan’s research focuses on digital game studies, popular media culture and the implications of economic transformations on media use. His habilitation treatise on media start-ups and the economization of digital culture will be published in early 2015.