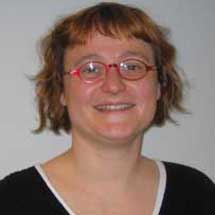 Dr. Caroline Chapain is a lecturer at the Business School, University of Birmingham. Previously, Caroline studied and worked in France and in Canada. From 2002 to 2005, she worked as a research advisor on public finance, economic development, and cultural issues for the Montreal Metropolitan Planning Organization.

Since 2005, she has been looking at the way creative industries emerge, operate and develop at the local and regional levels in the UK and in Europe. She was part of ACRE, a FP6 project which aimed to assess the impact of the emerging ‘creative class’ and the rise of the ‘creative industries’ on the competitiveness of EU metropolitan regions. She was involved in a project looking at the links between creative clusters and regional innovation in Great Britain for NESTA (the British national agency for innovation).

In the last three years she has been involved in various projects exploring the links between creative practices and online media as well as the development of creative systems for the Arts and Humanities Research Council Connected Communities Programme in the UK: one looking at ‘Crafting communities of practice and interest: connecting “online” and “offline” making practices’, one looking at ‘Complexity theory and the creative economy’, one looking at ‘Community film making and cultural diversity’ and a large project looking at ‘Community, Media and Creative citizenship’; this latest project is running until 2014. Caroline co-chairs with Roberta Comunian and Nick Clifton the Regional Studies Association Network on Creative Regions in Europe (http://www.creative-regions.org/)