Debbie Rawlings is co-founder and Director of Bristol Games Hub, the non-profit set up to support Bristol and the South West’s games development community. She is also Director of Operations at Auroch Digital, an indie games studio and consultancy based at BGH. Debbie produced the first all female game jam in the world (as far as we know), commissioned by Helen Kennedy, aswell as a number of game jams locally, including Global Game Jam for the past 3 years. She is the producer of the Creative Territories project. 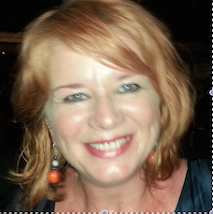