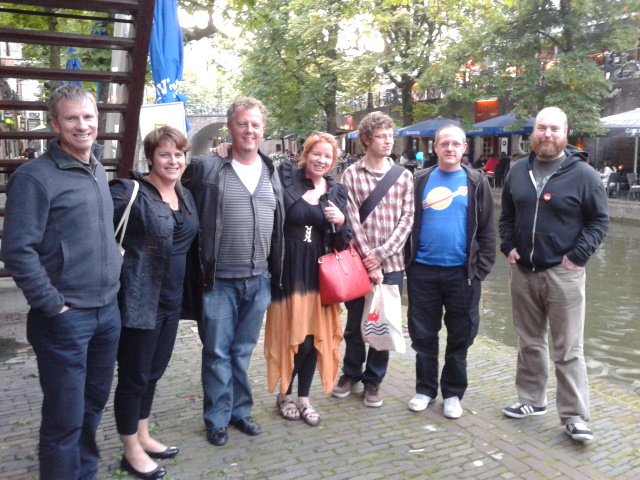 Creative Territories went to Utrecht for its second workshop meeting in August. Network members convened workshops which invited participation from researchers and graduates attending the Identity and Interdisciplinarity in Games Research Summer School hosted by project partner Utrecht University. Thanks to Joost Raessens and his team for a brilliant event which benefited from a wide range of perspectives and engagements from the assembled participants.

We also met with J-P van Seventer, director of the Dutch Game Garden (pictured above with Creative Territories network members). J-P took us around the DGG where we were able to meet some of the 40 plus game developers who make it their home, and swap notes about game development, business strategies, and mixing them together.

More posts soon about the Utrecht meetings and workshops.